“Evolution is moving to a place of experiencing of emotions without being consumed by it but rather flowing with it and allowing.  In doing so one moves through zero point or superconductivity where all creativity and change can happen.”  Sue G

Why are we here in a physical body?  We are here to have experiences. Physicality was made possible through the creation of light and dark/good and evil.  Without the dark there can be no light, without evil there can be experience of good because it would just be neutrality.  Creation exists in all it’s many forms so the Source can experience itself while everyone and everything are in remembrance of the Creator.

As a soul goes through an incarnation on Earth, it gathers experiences has emotions and how these experiences are handled in a lifetime are what the soul carries with it with it leaves this plane.  This is because the emotions and how they were processed in a lifetime will influence the frequencies around the soul itself.  When the next incarnation happens, the frequencies from the past lifetimes will generate the experiences in the current one, in effect the karmic cycle.  As the experience is recreated the soul has an opportunity to handle it in a different way.  Additionally, when incarnating in human form, cellualar memory occurs from generational aspects of the parents.  These will match the frequencies of the incarnating soul itself giving each an opportunity to heal or change generational patterns.

The art of manifesting or co-creating is influenced heavily by the soul’s individual frequencies.  In the practice of creating, there is no judgment of good or bad as the Universe itself encompasses all ends of the spectrum.  If someone’s energy is attached to something they are fearing then that is where their creative energy is going and if it’s already a vibrational match to frequency that’s what will be manifested.  So if one is wanting to create a particular thing, relationship, or circumstance, the key is to heal and clear emotional states or patterns that present an energetic block to it or results in a partial manifestation which then includes more learning/healing to reach the next more pure level of what is trying to manifest.

Co-creation occurs through an individuals energetic vibrations in the form of thoughts, emotions, words, and sounds both conscious and unconscious.  These vibrations affect the ether though the mathematical codes of that are generated by these things and influence the matrix to create that state.  This was effectively substantiate by the work of Masaru Emoto, a Japanese author and researcher.  As an aside, his Wikipedia page includes comical attempts at debunking of his work.  You can see forms of his experiments all over youtube done with rice.

Emoto experimented with water by freezing it an observing the crystal formations created by various types of water such as mountain lake water, tap water, polluted water etc. noticing distinct difference in the crystalline formation.  Taking it further, they studied the influence on purified water after exposure to different types of words, music, prayer, and pictures.  The following photos were taken directly from his website linked below.

Air on a G String, Bach 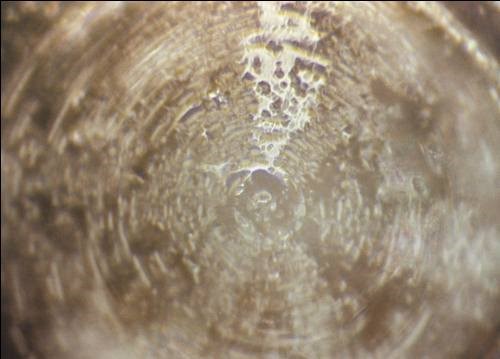 Considering the fact that the human body is made of around 90%, this research demonstrates not only the power of words and thoughts on the world around us but our own bodies and health.  The human form therefore is a powerful creator and much of our potential remains untapped.   This is why those who understand this creative potential and who appear to have control over much of the planet through governments, media and television.  It’s through these medium that are creative ability is stifled and controlled through fear. This makes it clear as why it’s to each individual’s advantage to step out of fear based indoctrination of organized religion, man created stories of history, public schooling, media and television to take control of our own beliefs.  Our potential to manifest and create is unlimited, we just have tap in to it.  The idea that we individually can co-create can be somewhat challenging to really accept and may come with a attachment of fear due to the personal responsibility involved.

As we learn to manifest and create, self-awareness/self-love is a key driving factor.  As previously discussed, when we incarnate we bring in frequencies, generational issues and have experiences in this lifetime which the ego process and patterns are generated.  The process of self-awareness and self-acceptance of the whole self, including the ego and shadow self are essential.  This process directly impacts an individual’s level of self-worth and value. Without being at a level of deserving and receiving frequency it is difficult or almost impossible to manifest, though miracles can intercede.

Another key to self-love is the ability to take personal responsibility in any situation which serves to help one step out of the victim/blame game.  When one is able to see yourself and take personal responsibility, you dramatically alter the energy in a situation, raise your frequency and release any negative attachment to it.  This is not to say they don’t feel or express anger, sadness, hurt, defensiveness, etc., the opposite in fact.  Acknowledge and give life to ALL emotions which is the easiest way to flow through them putting one back at a point of pure creativity. However, when an individual is feeling attacked or are harmed in some way, they can be with the emotions but look for a way, any way at all big or tiny, to find an action or thought that gives them back their own power and allows the feeling that the have some power in the situation.  Typically, this involves some form of self-care, expression of the emotions, or an action that one can take that will contribute positively to changing the situation.  The situations and possibilities are endless, but each step taken will serve to empower the self.   Negative energy and entities cannot attach to an individual who takes personal responsibility and they will automatically fall away without effort on the individual’s part.

People are typically trying to manifest physical elements or certain ways of being.  In this the biggest key is to be resonating at a frequency that matches the desired outcome which can entail “spiritually manifesting” the state of being first.  Looking for abundance?  Be spiritually abundant, in tune with spirituality what the soul feels is abundant and be truly open to receiving.  Looking for right relationship? Be spiritually mated within the self so that the self is whole and complete.  Looking for purpose?  Be spiritually powerful and purposeful in life by expressing purpose in to everything you do. Within all of these elements, one needs to also be spiritually authentic, fiercely authentic.  Own your shit and be personally responsible for managing, this way power isn’t given over to others.

Lastly, give up attachments to outcomes or trying to control what is. Once we step in to judgment of a person or situation we immediately create a negative attachment.  As the great Master Oogway says “There is no news, there’s just news, there is no good or bad” meaning how things are interpreted and processed it is what assigns the element of good and bad.  He goes on to say, “You will not fulfill your destiny until you let of the illusion of control” meaning one needs work with what the building blocks that Universe presents rather than to try to control or change them in to what one THINK one sees or is best which results in energetic detachment from the outcome and release of attachments such as fear failure or fear of loss which promotes the opposite frequency of why is trying to manifest.

The implication is that manifesting should truly be “effortless”.  Create your life by setting intention for what you desire to manifest and then let it go by focusing on cleaning and clearing the self to let it manifest. By being spiritually abundant, whole and fierce, you can create the space to step out of judgment of self and others, release negative patterns and fears and step in to living your truly inspired life.